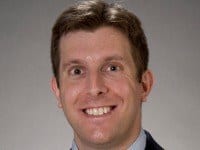 How and what we eat have important effects on health and longevity. For example, calorie restriction – eating about 30% less food than normal – can make animals, from worms to monkeys, live longer with less cancer, heart disease and diabetes. Many of these benefits are the result of particular genes or pathways being turned on or off, and manipulating these pathways can confer health benefits directly.

I study ketone bodies, small molecules made from our bodies’ own fat stores that are one mechanism by which calorie restriction confers health benefits. When fat is burned by fasting or exercising, much of that energy is released in the form of ketone bodies which will then provide energy to organs that need it, like your muscles or brain.

We found that ketone bodies are not only a way of transporting energy, but also have direct effects on gene expression and protein function, and thereby improve the body’s resistance to oxidative stress. They do this by inhibiting a class of enzymes called acetyltransferases. Other scientists have shown that inhibiting acetyltransferases can extend lifespan in some animals.

My goal is to comprehensively understand how ketone bodies affect protein acetylation and gene expression in the different tissues of the body, and whether ketone bodies themselves can prevent certain diseases like diabetes and Alzheimer’s, or prolong lifespan in mammals. Ultimately, I hope to discover if enhancing the effects of ketone bodies, or directly activating the pathways they target, can offer new therapeutic approaches to the diseases and syndromes of aging.