The Effects of Neuronal Activity on Bioenergetics in Dopaminergic Neurons 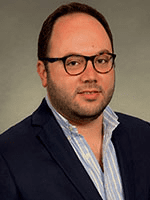 Parkinson’s disease (PD) is a progressive neurodegenerative disorder characterized by tremor, rigidity, bradykinesia and impaired balance. Pathologically, PD is caused by the selective degeneration of dopaminergic (DA) neurons in the midbrain substantia nigra pars compacta. Although considerable evidence indicates the central role of mitochondrial dysfunction in the pathogenesis of PD, however the selective vulnerability of nigrostriatal DA neurons to degeneration remains elusive. Importantly, these neurons are highly susceptible to mitochondrial defects, possibly because they require greater energy resources to compensate for their lack of myelination, and to support their pacemaker activity and large axonal arbors. These energy demands may not be met by dysfunctional mitochondria, which could create bioenergetic deficits that contribute to PD. However, we do not know whether DA neurons exhibit energy failure and influence bioenergetics in PD. We hypothesize that mitochondria in DA neurons have decreased bioenergetic capacity that renders them highly susceptible to energy failure and degeneration with increased neuronal activity. We aim to determine if DA neurons have defective bioenergetic function that is worsened with increased neural activity. We expect that increasing neuron activity will boost energy demands to levels that cannot be met by poorly functioning mitochondria in PD DA neurons. By performing these studies, we will better understand the bioenergetic characteristics of DA neurons and their contribution to degeneration. These studies will also provide new insights into the etiology of PD and potential strategies for developing effective therapies to treat this devastating disease.