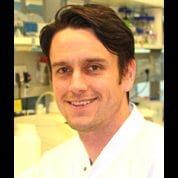 The brain of humans and other mammals contains populations of neural stem cells (NSCs) that are responsible for generating new neurons (neurogenesis) throughout life. Neurogenesis in the brain is imperative to formation of memories, learning new tasks and for repair. As organism’s age, there is a striking deficiency in NSC ability to activate and generate new neurons. This project aims to perform gene disruption functional assays, to discover genes that are necessary for NSC activation and those that have compromised function in the aging mouse brain. The project will use a technology to make individual genes of NSCs non-functional (knockout), called CRISPR/Cas9, to assess gene function and mis regulation in the neural stem cells of the aged brain. There are three primary objectives of the project. (1) Disrupt(knockout) every gene in the genome of dormant NSCs in culture, to identify which genes are responsible for neural stem cell activation. (2) Assess which genes are most affected by the aging process through functional perturbations in neural stem cells in the brain of aged mice. (3) Boost neural stem cell activation and formation of new neurons in the brain of old mice to assess the ability to rescue brain function and cognition. The results from these experiments will not only provide a fundamental understanding of the regulation of neural stem cell activation in the aging brain but could also give more general insights into the key regulators of stem cell dormancy, a misregulated feature in many aged tissues.