Buck Institute for Research on Aging

Role of the Transcription Factor, OXR1 in Aging, Vision and Neurodegeneration 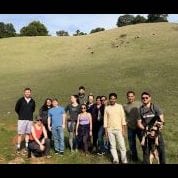 Dietary restriction (DR) is one of the most reported strategies to extend lifespan and slow the onset of age-related diseases, such as Alzheimer’s disease (AD). Despite a number of risk factors being identified, the mechanisms behind Late-onset Alzheimer’s Disease (LOAD) progression is poorly understood and therapeutic strategies have been unsuccessful. Two well-known risk factors for AD are age and diet. Thus, treatment for AD could be improved by understanding the mechanisms that regulate aging, especially through the manipulation of diet. Utilizing an unbiased screening of genetic variants in fruit flies from the Drosophila Genetic Reference Panel, we have identified that the transcription factor Oxidative stress resistance protein 1 (OXR1) in the neuron promotes lifespan under DR conditions. While OXR1 overexpression extends lifespan, its loss exacerbated visual senescence underscoring the importance of OXR1 in slowing age-related visual loss. We found OXR1 protects age-related neurodegeneration in a fly model of AD as well. We aim to study the function of OXR1 in regulating DR-mediated lifespan extension and neuroprotectionin details.

Furthermore, we will investigate downstream transcriptional targets of OXR1 that are relevant in controlling lifespan and age-related loss of vision.Finally, we will also test the influence of OXR1 and other candidate genes in neurodegeneration during normal aging and AD conditions. Our preliminary results strongly support our hypothesis that transcription factors like OXR1 alter AD progression and at the completion of our study, we hope to propose exciting therapeutic targets for lifespan extension, vision disorders, and AD.