Defining the Role of Calcium Channels in Astrocyte Function and Neurodegeneration 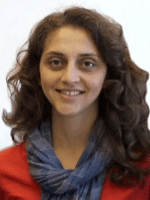 Electrical signals play an essential role in guiding the development and function of the brain. Calcium is the primary effector of these signals, transforming them into biochemical events that regulate the expression of genes inside the cell. Calcium signaling controls various events during brain development, including the generation of neurons and non-neuronal cells, called glia, and the formation of connections between them. Our research focuses on calcium channels at the cell membrane, called L-type calcium channels, that are triggered to open by electrical signals. Mutations in these calcium channels and defects in calcium signaling impair brain development to give rise to neurodevelopmental and psychiatric disorders, underscoring the importance of understanding the role of these channels in normal brain function.
Dysfunctional calcium signaling has also been observed in Alzheimer’s disease (AD) and a variety of other neurodegenerative conditions, but the specific mechanisms by which defects in calcium signals cause neurodegeneration remain poorly understood. To begin to tackle this question, we are investigating the molecular events that take place following the activation of L-type calcium channels in astrocytes — glial cells that mediate inflammation in brain disease and injury. The goal of our work is to understand how calcium signaling influences the development of astrocytes, as well as their function in the healthy aging brain and in Alzheimer’s Disease. Collectively, these studies will allow us to identify the roles played by electrical activity and calcium signaling to promote brain homeostasis or drive disease processes in neurodegenerative disorders.