Buck Institute for Research on Aging

The Role of Methylglyoxal(MGO)-Derived AGEs in Regulating Feeding 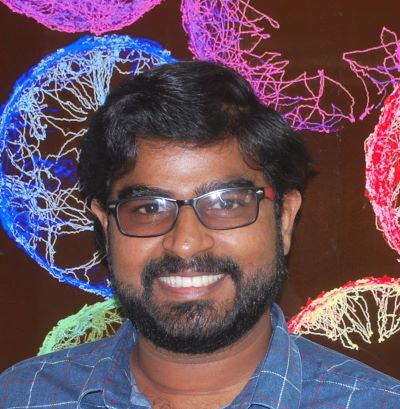 Despite its high prevalence, obesity continues to be primarily managed by encouraging individuals to expend more calories and consume fewer. However, these strategies meet with mixed and temporary success. Dietary carbohydrates (simply sugar), once metabolized, yield specific byproducts; one of these, methylglyoxal (MGO), is a precursor for a set of molecules called advanced glycation end-products (AGEs). Research in our laboratory using worm and mouse models indicate that a specific MGO-derived AGE, MG-H1, enhances food intake and body weight leading to obesity. Also, we identified a cocktail of 5 GRAS (generally regarded as safe) compounds, anti-AGEs, which are neuroprotective and show the ability to reduce AGEs levels.
We hypothesize that lowering MG-H1 levels can reduce food intake resulting in improved body weight management to prevent obesity and associated diseases. The objective of the current research is to lower the AGEs level pharmacologically (using our cocktail of anti-AGEs) and to demonstrate improvement in body weight, physical activity, glucose control, preferences for specific macro-nutrition in mice model resulting in healthy aging with reduced incidence of aging-associated diseases. Here, we will also identify the signaling mechanisms through which MG-H1 modulates feeding behavior.

The expected outcome of the research is to understand the signaling mechanisms by which AGEs, especially MG-H1, control feeding behavior by disrupting regulatory pathways that generally limit food consumption after attaining satiation and demonstrate the therapeutic potential of our anti-AGEs cocktail to prevent obesity.