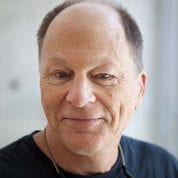 Type 1 diabetes (T1D) is caused by autoimmune destruction of the pancreatic beta cells that sense blood glucose and secrete insulin. Many current efforts to develop new treatments for T1D involve creation of new beta cells, but fail to address the autoimmune issues causingT1D. In our project “Insulin producing organoids to treat type I diabetes,” our team of stem cell biologists, synthetic biologists, microbiologists, and experts on human skin will construct organoids (tiny organ-like cell assemblages) that can function as beta cell surrogates and free diabetics from insulin injections and glucose testing. In one project arm, stem cell biologists will utilize the fact that the interior of the eyeball is an immune privilege site, which means anything inside an eyeball would be safe from autoimmune destruction. Salk Institute stem cell biologists will program stem cells to produce tiny eyeballs (no lens or pupil) that contain beta cells. The UCSD Dermatology Department will implant these organoids beneath the skin of mice. The eye, while protected from the immune system, is heavily vascularized and we believe the beta cells inside these eyeballs will both sense blood glucose and secrete insulin in response. In the other arm of the project, JCVI, Stanford, and UCSD scientists will leverage the discovery that bacteria live deep in the human skin and are tolerated by the immune system. We will engineer skin bacteria to sense blood glucose and secrete an insulin analog. Once returned to the deep skin, we expect these tiny organoids to control the blood glucose of diabetic animals.