Reward Processing Deficits and Their Basis in Fontotemporal Dementia 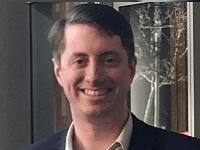 Among young patients, frontotemporal dementia is as common of a cause of dementia as is Alzheimer’s disease. The behavioral variant of frontotemporal dementia (bvFTD) produces disabling changes in social and emotional behavior with devastating consequences for the patient and family. There are no disease-modifying treatments and options for symptomatic treatment are limited. Early, troubling, and persistent behavioral problems in bvFTD, including apathy, craving for sweet foods, overeating, altered sexual behavior, substance abuse, and overspending, suggest impairment in reward processing. Reward processing involves a determination of what an individual will pursue or work for, such as food, money, or social approval. The objective of the proposed research is to understand the neural basis underlying bvFTD behavior changes through a reward processing model. We will administer tasks of reward processing to patients with bvFTD, Alzheimer’s disease, and healthy control subjects to determine the aspect of reward valuation that is altered in bvFTD. We will correlate the findings from these laboratory tasks with structural and functional imaging to determine the anatomic correlates of these behaviors. In order to better identify neurochemical targets for treating reward symptoms, we will associate the integrity of white matter tracts connecting the relevant reward circuit structures with reward-seeking behaviors. The long-term goal of this project is to translate knowledge of reward processing abnormalities in bvFTD and their anatomic correlates into targeted symptomatic therapies and to identify objective diagnostic measures that can distinguish bvFTD from other dementias or non-neurodegenerative behavioral disorders.