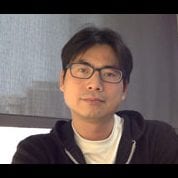 Alzheimer’s disease (AD) is a non-curable and devastating dementia in aged populations. However, the genetic cause of late-onset AD (LOAD) is still unknown. Apolipoprotein E (APOE) 4 is the strongest risk factor, which greatly accelerates the AD progress. In native condition, apoE proteins form high-density lipoprotein (HDL) complexes, serving as the main cholesterol/phospholipid supplies to mature neurons. Genome-wide association studies (GWAS) have been extensively used to identify risk factors for LOAD, and several genetic loci containing common variants in DNA sequences have been suggested to associate with LOAD risk. Interestingly, many loci are linked to genes that play certain roles in cholesterol homeostasis, indicating that modulation of cholesterol or lipid homeostasis in neurons may play import roles in the pathology of Alzheimer’s disease. To test for potential causal roles of cholesterol metabolism and/or transport in Alzheimer’s disease, I proposed to study the roles of a panel of LOAD GWAS-identified genes involved in cholesterol trafficking, recycling, and biosynthesis in neurons and astrocytes.To test the functional role of Alzheimer related SNPs identified in GWAS studies, I also proposed to examine how these SNPs affect pathological processes in AD, including tauopathy and amyloid beta accumulation. By doing so, I expect to better understand how cholesterol homeostasis affects the pathological development in AD. I envision that our findings may shed light on understanding neurodegenerative progress in dementia patients, and may help advance therapeutic development.