The Examination of Cognitively Impaired but Not Demented Oldest-Old 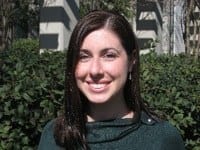 The United States Census estimates that the number of oldest-old (people aged 90 and older) will increase from two to ten million over the next 50 years making this group the fastest growing segment of the population. Although this age group is growing quickly, relatively little is known about their cognitive abilities and underlying brain anatomy. The 90+ Study at the University of California, Irvine has been collecting clinical data from hundreds of oldest-old every six months since 2003. Using The 90+ Study data, this project is examining oldest-old with mild memory and thinking problems that are not yet clinically demented. This type of impairment is often an intermediate stage between normal and demented. Future research on treatments and preventions of degenerative disorders may rely on studies singling out participants at risk for developing clinical dementia.